During my first Digital Asia class of the semester I was introduced to the world of Korean films with a screening of ‘The Host,’ a 2006 South Korean monster film directed by Bong Joon-ho and starring Song Kang-ho, Byun Hee-bong, Park Hae-il, Bae Doona and Go Ah-sung. 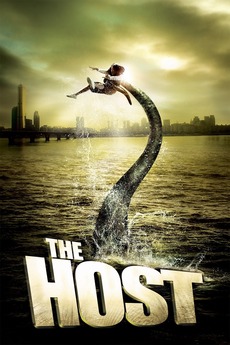 Going into my first class of the semester I didn’t know what to expect as I have had limited exposure to Asian culture growing up. I have only seen a handful of Asian films prior to our first class, with the majority of them demonstrating a strong Western influence so stepping into the world of Digital Asia is exciting and will undoubtedly be an eye-opening experience. Both my parents were born and raised in Australia and have had minimal travel experience, so growing up I lacked exposure to a variety of different cultures, which impacted on the way I perceived the film. Throughout the film I noticed a number of cultural differences that would be executed differently in a Western context. For example, the way the Park family fell to the ground wailing and crying when they first discovered Hyun-seo was missing showcased the different display of emotions between the West and the East. When Se-joo mentioned he wanted quail eggs as one of his first meals when he escaped further proved the disparity between cultures.

“The Host is actually a jab at American “imperialism” and capitalism taking over the world with the Earth as a casualty.” https://t.co/ZLSfBnai5q #BCM320

We were asked to live tweet throughout the film, sharing our thoughts, ideas, memes, facts, news stories, and information about the movie. With the exception of my 2012 One Direction Twitter obsession I have never taken part in live tweeting before. I was slightly reluctant to tweet at the beginning of the film because I lacked ideas and hadn’t done any previous research on Korean films or ‘The Host.’ At first I struggled with coordinating live tweeting, reading subtitles, following the film and doing research all at once, but I slowly learned to multitask between them, prioritising what was most important. I was surprised to find myself thoroughly enjoying the live tweeting experience and connecting with my classmates through sharing memes and engaging in conversation, ultimately creating a sense of community in the room.

I’m actually feeling a little bit sad for the monster right now, all he did was try to take care of a few kids and maybe kill some people along the way, but he seems nice #BCM320

I found myself sympathising with the monster towards the end of the film after it showed a compassionate side to the young children. It seemed like a mother taking care of its children, regurgitating human bones as an attempt to ‘feed’ them like a bird feeding its young and watching it being attacked made me feel quite sad. Overall I found ‘The Host’ an engaging, funny and emotional movie and am excited to experience the rest of the Digital Asia subject.

2 thoughts on “THE BEGINNING OF DIGITAL ASIA”